How does the output quality of H&S Infinity compare to its Ultra? 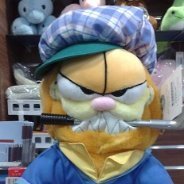 By blackshark3,
July 20 in Airbrushes