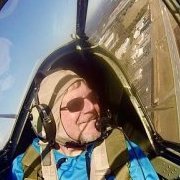 A different path for the F-16

By aeroplanedriver, December 13, 2007 in Ready for Inspection - Aircraft