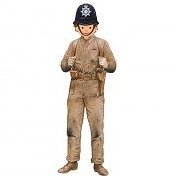 By Panda Commander,
February 5 in Work in Progress - Armour