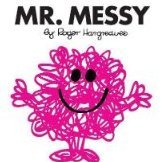 By MisterE,
January 25 in Figure Work In Progress