Flamin' Fokkers, Only 6 days left to get 9 more names needed for the Big Bun Fight !! 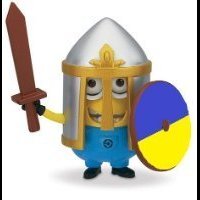