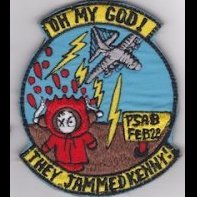 By TheyJammedKenny!
September 28, 2020 in Work in Progress - Aircraft