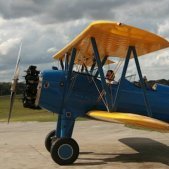 By BlueNosers352nd,
September 18, 2020 in Mediterranean Theatre of Operations (MTO) in WW2 GB III