U'VE HAD IT! - The end of my Mustang line 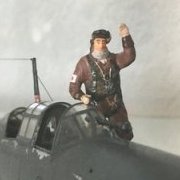