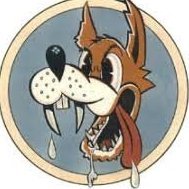 By Rob K.,
June 27 in Ready for Inspection - Aircraft