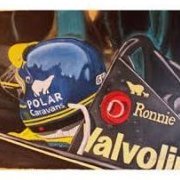 By BristolBlue,
May 20, 2020 in Entertainment Central