Special Hobby 1/72 Potez 25 - has it been released as Jupiter 9 radial engine version? 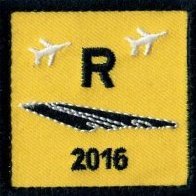