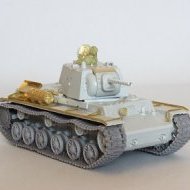 By Vels, March 17 in Ready for Inspection - Armour