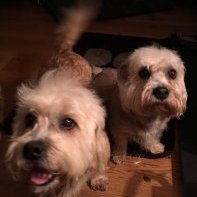 By Dandie Dinmont,
December 31, 2019 in Work in Progress - Aircraft