Off the beaten track... 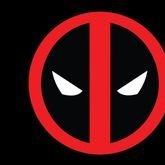 By Dances With Wolves,
October 5, 2019 in Ready For Inspection - Vehicles