"I've got the Explosives but where are the detonators private!" 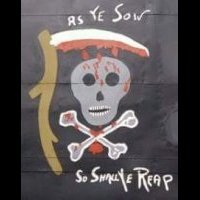 By JockMcPlock,
September 25, 2019 in Airbrushes