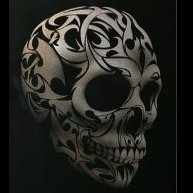 By Sancho Panzer,
February 28, 2019 in Figure Ready for Inspection