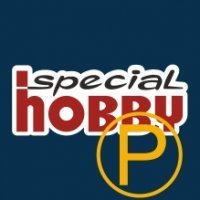 By petr@SpecialHobby,
October 26, 2018 in Manufacturer News