Japanese F-35B retro-painted as an A6M2 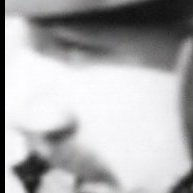 By CMSCHLOM,
January 14, 2018 in Ready for Inspection - Aircraft